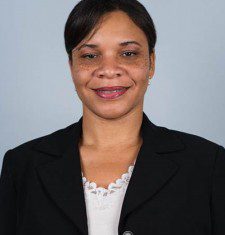 Talitha LeFlouria is associate professor of African American Studies in the Carter G. Woodson Institute for African-American and African Studies at the University of Virginia. She is the author of Chained in Silence: Black Women and Convict Labor in the New South (UNC Press, 2015), winner of the 2016 OAH Darlene Clark Hine Award and the 2016 Philip Taft Labor History Award for best book in labor history from the Cornell University School of Industrial and Labor Relations and the Labor and Working-Class History Association. She is also the recipient of the 2016 Malcolm Bell, Jr. and Muriel Barrow Bell Award from the Georgia Historical Society; 2015 Berkshire Conference of Women Historians’ (First) Book Prize; 2015 Letitia Woods Brown Memorial Book Prize; and 2015 Ida B. Wells Tribute Award from the Charles H. Wright Museum of African American History.

Professor LeFlouria’s research and commentary on black women and convict labor was featured in the Sundance award-nominated documentary, Slavery by Another Name. Her work was also profiled in Ms. Magazine and Colorblind Magazine. She has published in the Journal of African American History and LABOR: Studies in Working-Class History of the Americas. She is also the author of a new digital humanities project, “Convict Labor and the Building of Modern America,” published by Bedford St. Martin’s Press.

Currently, Dr. LeFlouria serves on the editorial board of the Georgia Historical Quarterly and is a member of the Board of Directors for Historians Against Slavery and the Association of Black Women Historians.