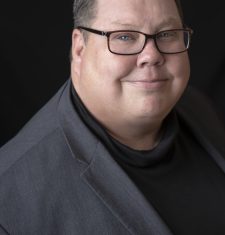 Robert T. Chase is associate professor of history at Stony Brook University, State University of New York (SUNY). He is the author of We Are Not Slaves: State Violence, Coerced Labor, and Prisoners Rights in Postwar America (UNC, 2020). He is also the editor of Caging Borders and Carceral States: Incarcerations, Immigration Detentions, and Resistance (UNC Press, 2019). His work has been published in the Journal of Urban History, the Journal of American History, and a chapter in the anthology The New, New South (University Press of Florida, 2012). At Stony Brook University, he organized the 2015 conference “From the Color Line to the Carceral State: Prisons, Policing, and Surveillance.” At the College of Charleston’s Avery Research Center for African American History and Culture, he was the organizer of the national conference “The Fire Every Time: Reframing Black Power Across the Twentieth Century and Beyond.” He is the recipient of the E.B. and Jean Smith prize for best dissertation in political history and his research has been funded through postdoctoral fellowships with Southern Methodist University’s Clements Center, Case Western Reserve University, and Rutgers University. In 2017, he was a research fellow at the Humanities Institute at the University of Connecticut. Currently, Chase is also the co-director of the national organization Historians Against Slavery (HAS). As a public intellectual, his work on the history of prison and policing reform and state violence has been featured on national media programs through radio newspapers, and television (MSNBC, CNN, and NPR, Newsweek, Washington Post).